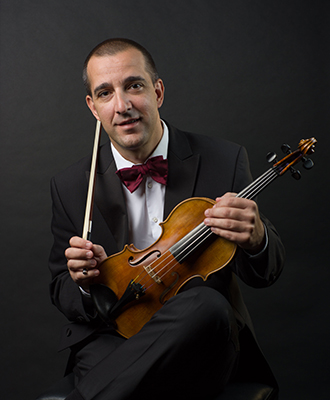 Born in Halle – Saale, Germany on September of 1977. At the age of 4 he began studying the violin under the tutelage of his father. In the coming years he attended schools with an arts and music focus, eventually being accepted into the prestigious Latina August Hermann Francke School, an institution with a strong curriculum and tradition in musical training. During his high school years, he supplemented his school education with additional violin study under Professor Antje Weithaas in Berlin.

Upon graduating from Gymnasium, Gette moved to St. Petersburg, Russia to continue his studies with Professor Mischa Estrin at the St. Petersburg Conservatory (1997-1999). From the year 2000 he began studying with Professor Isabella Petrosian at Hochschule für Musik und Theater, Hamburg, graduating in 2006 in the class of Professor Christoph Schickendanz.

After touring extensively in Europe with a number of prominent chamber orchestras and ensembles, Gette relocated to Qatar as a founding member of the Qatar Philharmonic Orchestra at its launch in 2008. Today, in addition to the regular orchestra performance schedule, Gette appears frequently in the QPO’s chamber music and spin off projects and performances.