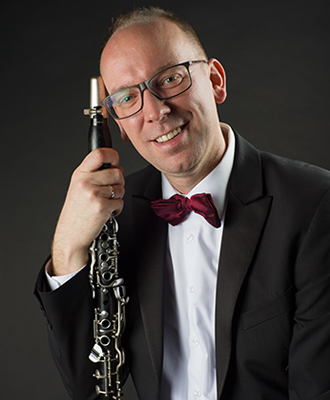 Rony Moser was born in Austria in 1981. He studied with Alois Brandhofer at the University Mozarteum Salzburg and with Gerald Pachinger at the University of Music and Performing Arts Graz.
He has performed with several orchestras including the Vienna Symphony Orchestra, Mozarteum Orchestra Salzburg, Mahler Chamber Orchestra, Wiener Concert-Verein, OENM Salzburg, and under well-known conductors such as Ivor Bolton, James Gaffigan, Daniel Harding, Dmitrij Kitajenko, Fabio Luisi, Lorin Maazel and Marc Minkowski. From 2004 until 2008 he was Principal clarinettist of the Tyrolean Festival Orchestra Erl.

Since September 2008 he has been engaged by the Qatar Philharmonic Orchestra as Principal clarinetist and he has been teaching at the Qatar Music Academy since 2011.