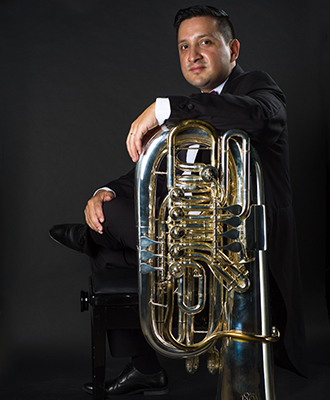 His passion for brass studies and performance have led him all over Latin America and Germany, to study with Professor Walter Hilgers, Sebastian Wagemann, Thomas Keller, Fredy Romero, Ruben Rodriguez Ferreira, and Pedro Pulzovan.