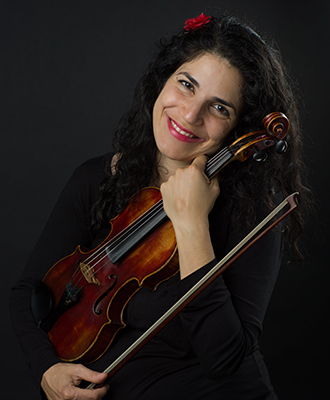 Born is 1983, Reem Khoury did all her musical studies in Switzerland. She got a Concert and a Teaching Diploma from the High Conservatory of Music in Geneva, and a Master degree in Musicology from the University of Geneva.

She studied with famous teachers like Edward Gyr, Armene Stakian and Robert Zimansky. Reem is a part of the West Eastern Divan Orchestra under the baton of Daniel Barenboim. She has performed in most European cities, in the United States, Arab countries and Latin America.

Reem joined the Qatar Philharmonic Orchestra since its beginning in 2006, and has performed with world class conductors.