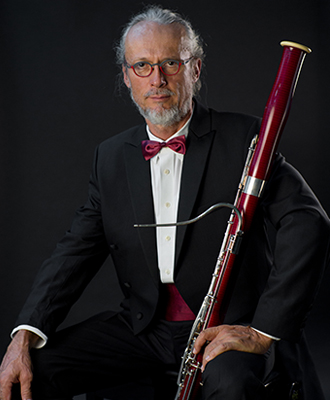 Daniel Hrinda was born into artistic family in Czechoslovakia. The choice between the arts and sports was always a difficult one for him; but finally, music prevailed, and Daniel went on to study bassoon at the Prague Academy of Arts with Professor Jiri Seidl, and as a postgraduate at the Hochschule für Musik in Vienna with Professor Milan Turkovic.

Since 1992, he regularly attended the Academy of Maurice Bourgue, whose influence has proven significant in Daniel´s musical interpretation. When still a student Daniel became a member of the fine chamber ensemble, the Czech Nonet. Soon after he would become the Principal Bassoonist of the Prague Chamber Orchestra Without Conductor, with which he performed in all the major music halls worldwide and made multiple recordings for leading labels.

Away from music, he is a great fan of the rest of the fine arts, golf and cycling.