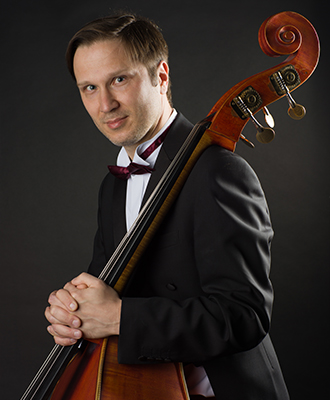 Born in Ukraine in 1984. Sergiy graduated from the National Tchaikovsky Music Academy, class of S.Belousov/ B.Soika and Hochschule für  Musik und Theater in Munich, where he completed his double bass studies with Professor K.Trumpf, Professor R. Patkolo and Professor N.Shehata.

After Sergiy was enrolled as a student in Munich, he became a member of The International Double Bass Quartet “Bassiona Amorosa”(2007 – 2010).

Sergiy has got his professional experience in the following orchestras :

Since 2011 Sergiy is a member of Qatar Philharmonic Orchestra.