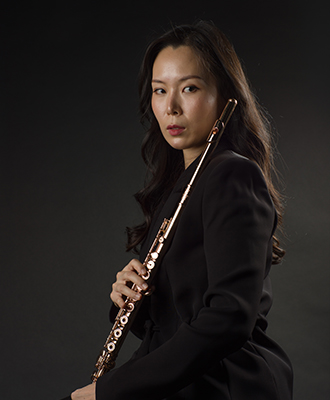 Eunhye Lee was born in Seoul, South Korea in 1985. She began piano classes at the age of 4 and flute at the age of 9. She was passionate about playing the flute and won many competitions in Korea such as Seoul National University Winds competition, the Seoul Flute Festival competition​, and Music Journal Competition.

When she was 17 she met Philippe Boucly who plays in the Bavarian Radio Orchestra in Munich as a Principal Flutist and he changed Eunhye’s musical life. In his masterclass, Philippe Boucly took her under his wing and she studied under him in Munich. When she turned 18 and graduated from Seoul Arts High school, she flew to Germany where she earned her Diploma and Master’s diploma (Meisterklassen diplom) at Musikhochschule in Munich.

Since 2012, she has been a Principal Piccolo player in the Qatar Philharmonic Orchestra.