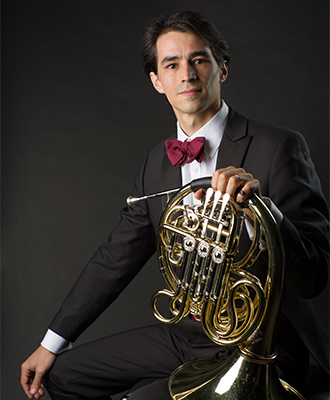 Born in Germany in 1981, Gideon Seidenberg was a scholarship holder of The German National Merit Foundation. He studied french horn in Detmold, Berlin and Salzburg with Professor Palm, Professor Höltzel, Professor Dallmann and Profesor Vlatković.

Since 2008, he is a member of Qatar Philharmonic Orchestra as co-principal horn.

From 2004 to 2008, he worked in the State Theatre Nuremberg and in the Munich Radio Orchestra. As guest, he played with most of the major Orchestras in Germany and was thrilled to have been a regular extra player in the Mahler Chamber Orchestra and ensemble modern.

He is a passionate natural horn player and fan of historically informed performances, reading literature and his favourite newspaper F.A.Z.. He likes haute cuisine and has been active at German chess championships for many years.