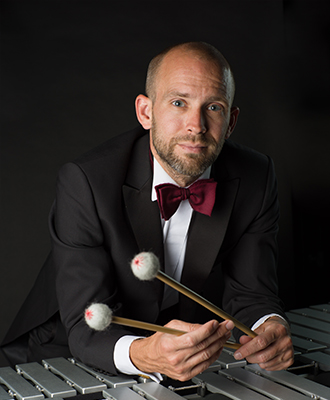 After playing in different school bands and orchestras he started to study percussion at the “Akademie fuer Tonkunst Darmstadt, Germany” in 2002.

Since 2005, his first engagements lead him to the orchestras of the City of Trier and to Darmstadt, before accepted one of the percussion positions in the QPO in 2008. He is playing with several other well known orchestras such as the “Rundfunkorchester des WDR Koeln”, State Opera Hannover, National Opera Mannheim and many more.

Concerts tours have brought him to the USA, Mexico, Brazil, Great Britain, France, Austria and to many other countries in the world.